Our March Interview Series features a conversation with current AATC President Dr. Joseph Flynn, Northern Illinois University. In Part One, Dr. Flynn elaborates on how he became involved with AATC, this year’s conference theme of “Teacher Activism in Distressed Times”, and what he hopes attendees will come away with. Parts Two and Three will be released later this month. Dr. Flynn was interviewed by Jodie Wilson, AATC Executive Council Member.

Jodie: Let’s start with your thoughts on being President of AATC.  How did you become involved in AATC and why did you decide to run for President?

Joe: I’m extremely honored and humbled and I hope that I can live up to the expectations of the organization and keep pushing the organization in a positive direction.  I got involved in AATC in my second year in the professorate—the 2008 or 2009 conference in Arlington. Drew Kemp encouraged me to go and I went and didn’t know anybody (laughs).  I met Michelle Tenam-Zemach and the rest is history—I just kept coming back and meeting more people and just hearing more in conversations and having a lot of fun. It became kind of l the antidote for me compared to other, you know, huge conferences like AERA. So I just loved the community and all the people involved.

So what made you want to run for President of AATC?

Well, I felt like I have an interesting perspective and I think the year before I had a particularly strong conference when we were in Grand Rapids. I felt that maybe some of my ideas and leadership style could again continue to push the organization to a positive direction and when I hand off the gavel later this year I’ll be able to say that.

The theme for this year’s conference is “Teacher Activism in Distressed Times.” Why did you this theme and what do you hope attendees will come away with?

Well, the idea of teacher activism has always been interesting to me.  It’s something that kind of bubbles in the background because being a teacher educator, we all have, at some point or another, heard teachers really frustrated and lodging a complaint about things that are happening in their schools—not only in terms of policy, but also in terms of conditions.  I’ve begun to tell my students that at some point they’re going to have to recognize that they’re just as much of an activist as they are teachers.  And being active and championing the needs of their students, their own workplace needs, their own personal needs–and so they should always see activism as part of the mission of being a teacher.  With the conversations that we’re having nationally, not only around education, but matters of justice and fairness and equity and supporting the most vulnerable of our students and citizens, and considering the nature of our current political debates in the country, which are really fractured and divisive, and sometimes even mean-spirited. As a profession, we keep having policies passed on down to us from on high, oftentimes from people who have never seen the inside of a classroom from the perspective of a teacher or an administrator.  I wanted to have a conference that reminded people that activism is definitely a part of the things that we do, including the examination, deliberation, and creation of curriculum.  For example, in the 1960s, we began to see the emergence of ethnic studies programs—Black studies programs, Queer studies programs, Women’s studies programs, et cetera—those are acts of activism.  A lot of the colleges and universities that began the first wave of ethnic studies programs—they didn’t necessarily have the door opened for them.  Black students in the mid-1960s really had to engage in a lot of protests on their respective campuses to create these departments.  So, multicultural education in and of itself is an activist project.  I wanted to have a conference where we could more openly put those issues onto the table.  Not as though we as an organization have never had these conversations, but to use that as the focus of what it is we’re coming together for–I think is really important.  Hopefully, and the end of the conference, people will either have learned ideas that they have never heard before, or all the way to being inspired to begin their own activism at their campuses and universities.

What is the significance to you personally of this year’s conference being held in Birmingham?

When I think of activism and protest, the first two cities that come to mind are Washington, D.C. obviously, and Birmingham.  I mean, we all grew up with the footage from the public safety attack on innocent protestors in 1963.  We grew up with the stories of the bombing of the 16th Street Baptist Church and all the horror that played out in Ingram Park.  Growing up, seeing these images all the time, I think people get used to them, being a part of the zeitgeist, and being a part of our national story, but at the same time, Birmingham is not necessarily a tourist destination either (laughs). It’s not—I was joking with our keynote speaker, Dr. Tondra Loder-Jackson, who is at The University of Alabama Birmingham—I was joking with her that when people think of going on Spring Break, they’re thinking Cancun—not Birmingham (laughs).  I thought that considering the conference theme, a city like Birmingham would be an ideal place because you have such a rich history of activism—not only from the clergy, i.e., Dr. Martin Luther King and his acolytes, and the Southern Christian Leadership Conference, but also teachers.  Teachers were—and Dr. Tondra Loder-Jackson will talk about this at her keynote address—there was a very rich spirit of activism among teachers in Birmingham during the Civil Rights Movement.  So Birmingham just seemed to me to be ready-made for us to come and visit and we are trying to make sure we include in the conference program across the three days time to be able to see Kelly Ingram Park and the 16th Street Baptist Church, and of course the Birmingham Civil Rights Institute.  It is high on the agenda to make sure that conference attendees can have access to those sites, whether that is a reception or even a post-conference event—a tour—and so we’re playing around with some ideas and developing our connections in Birmingham to see what the range of ideas are and what we can reasonably pull off.  That’s the thing about going to Birmingham—the first time I ever went to Ingram Park, it was not what I was anticipating.  It’s much smaller than you think it is.  I was telling someone a few weeks ago, that growing up in Peoria, the parks that I grew up with, they’re huge, they’re massive, they are acres.  But Kelly Ingram Park is literally about one or two city blocks—it’s a small area, and so to think about all the violence that happened there and how contained is, it just amplified the gravity of that moment for me. I hope that all of our members can share an experience like that. 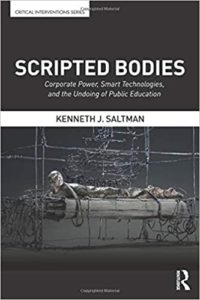 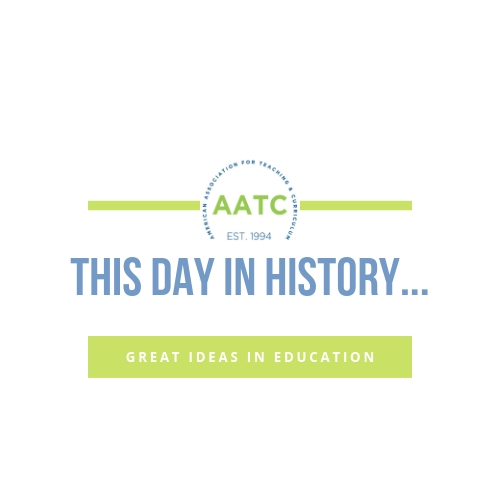 Over 20 years ago, Dr. Deron Boyles’ "American Education and Corporations: The Free Market Goes to School" was first published. Dr. Boyles, the keynote speaker at the 2018 AATC Annual Conference, critically examines the role and influence of corporations and corporate culture in the American education system. 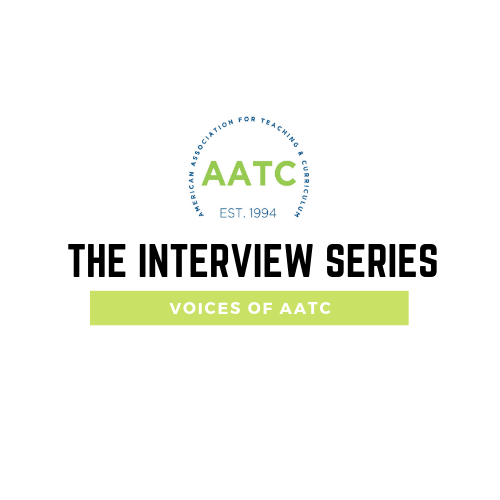